14 September 1947 All Ireland Final
Cavan2-11 V Kerry 2-07
Polo Grounds, New York City
Attendance: 34,491
Referee: M O’Neill (Wexford)
For the first and only time, the final was played outside Ireland, at the Polo Grounds in New York City, to cater for the large Irish-American community there. The New York final was also intended to observe the centenary of the Great Famine that triggered mass Irish emigration to the U.S. and other countries. Around 30,000 people were in the ground for the final.
After a slow start, Cavan fought back to lead 2–5 to 2–4 at the break and went on to win by four points. Peter Donohoe scored eight points from frees and was called “the Babe Ruth of Gaelic football” in the New York press. Michael O’Hehir broadcast radio commentary back across the Atlantic Ocean.
O’Hehir noticed that broadcasting delays would bring the radio link down five minutes before the final had ended.O’Hehir later recalled his plea:'”If there’s anybody along the way there listening in, just give us five minutes more, and I kept begging for five minutes more”.
This victory will be Celebrated at the opening of the “Breffni Gallery” museum room in Kingspan Breffni on Saturday 24th of September by Uachtarán GLC Larry McCarthy.
Cavan’s captain on that famous day was John Joe O’Reilly. A statue of John Joe is almost complete and will be unveiled later this year. You can support the fundraising efforts today by donating @ https://gofund.me/7004c6d7 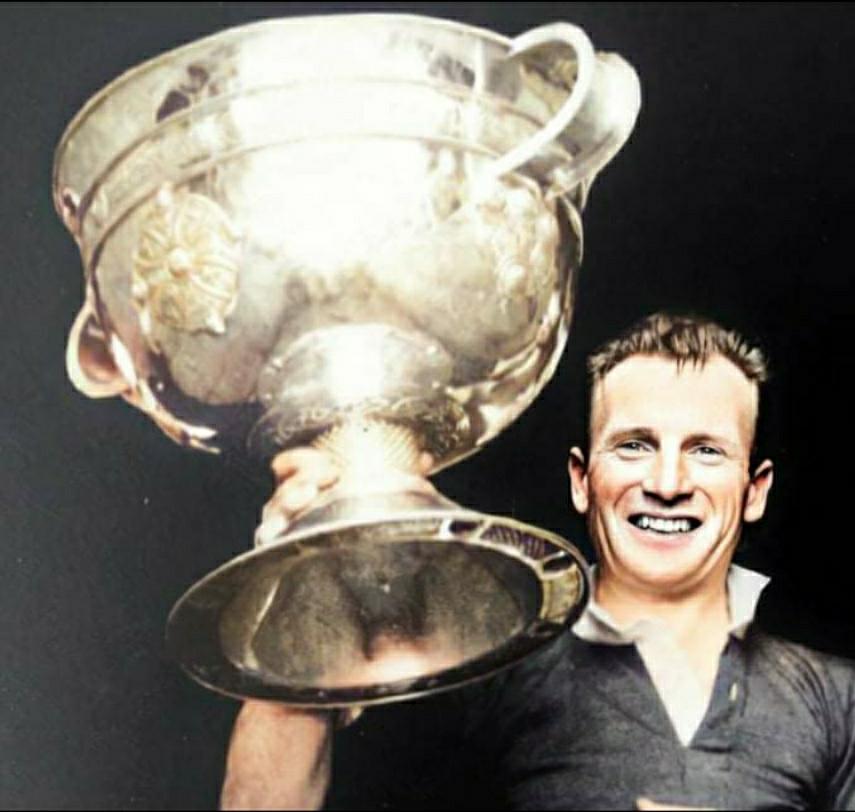