Paul Fitzpatrick at the Athletic Grounds

Cavan came up with a power-packed finish to advance to their first Ulster final in this grade since 2014 in this cagey semi-final in Armagh.

The sides were level with six minutes remaining at 0-8 apiece but Cavan came up with key scores from Man of the Match Fionntán O’Reilly (two) and sub Conor Casey in the closing stages to seal a hard-fought victory.

At half-time, the sides were deadlocked at 0-5 apiece and Derry moved into a 0-7 to 0-5 lead on the resumption but Cavan, despite wasting a lot of chances, were not to be denied and their conditioning and work-rate was highly impressive.

Cavan started very well and within 90 seconds were two points up. Peter Devine picked up Darragh Lovett for a mark for the opener and after turning over the resulting kick-out, Cavan scored again through a well-struck Fionntán O’Reilly free.

Exchanges were cagey with both sides getting lots of men back. Derry enjoyed a period of dominance but kicked three wides before eventually opening their account 13 minutes in through a super Charlie Diamond point from 35 metres.

After a long, patient build-up in which Cavan held possession for three minutes, the Blues picked the padlock when O’Reilly found space on the edge of the D to clip over in the 16th minute.

But seconds later Derry responded, Niall O’Donnell’s effort clipping the crossbar on the way over.

The pre-match favourites drew level with a point from midfielder Dan Higgins. Cavan took the lead again with a tricky free from O’Reilly on 22 minutes but a terrific point from a tight angle by full-back Jamie Duggan tied it again.

A Charlie Diamond free was cancelled out by a terrific point from Cormac Brady to leave it all square at the interval.

Influential sub Caoláin O’Reilly, who made a big impact as did all the replacements, and Turlough Farrelly drew the Breffni lads level before the superb Fionntán O’Reilly nudged them in front. And in the frantic closing stages, Cavan managed to get their noses in front; Derry pressed hard but could only muster another Diamond point as Damien Donohoe’s side held on for a deserved win.

Derry threw everything they had forward late on but a huge fetch from midfielder Brían O’Rourke was key at the death; Caoláin O’Reilly won the resulting kick-out and the final whistle sounded on a memorable victory which followed on from a comprehensive win over Monaghan in the quarter-final.

The win caps off an excellent week for Cavan football which also saw the senior team win the Division 4 league title and St Pat’s claim the Oisin McGrath Cup. 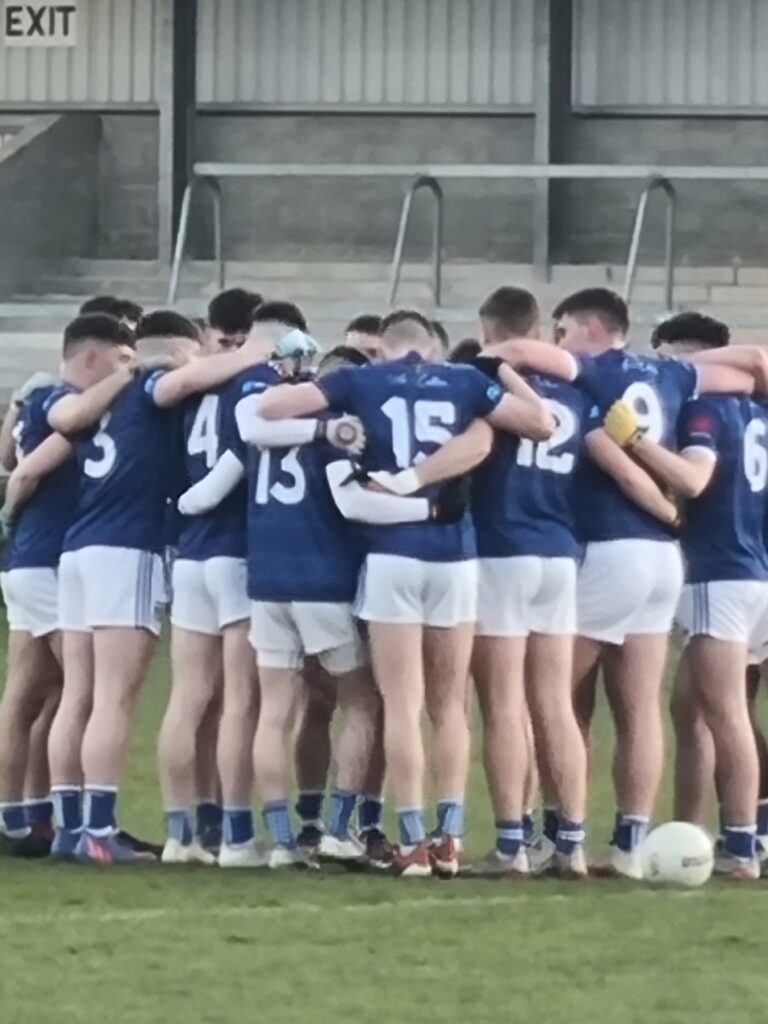