Today we say farewell to Andy McGovern who leaves Cavan GAA after over 12 years working as one of the County’s Coaching and Games Staff.

Andy started working as a Coach for Cavan GAA in September 2008 and his presence has been felt across every aspect of Cavan Football since then – primary & secondary schools, coaching courses, summer camps, Academy Squads, workshops and clubs.

Throughout his time, Andy has bought a real professionalism to his work and has coached thousands of players across the different strands of football in Cavan. His deep knowledge of the game and innovation in his coaching methods were always evident in his coaching as well as always being approachable – as anyone who have worked with Andy can testify to.

Andy’s work with the Academy Squads over the years would be very hard to measure – his passion and skill has helped hundreds of players to improve and go on to represent their clubs and our county at Adult level. He also has helped some of the county’s Secondary schools to success at Ulster level and coached the County Minors to an Ulster Final appearance in 2015.

Andy is certainly one of the best Coaches in the county but has an ability to switch between coaching National School, Secondary school, a club session and possibly prepare for a coaching course the next day – handling each aspect with the same level of skill and expertise – certainly not an easy task.

We would like to thank Andy for his hard work and dedication over the years and wish him well in the future. 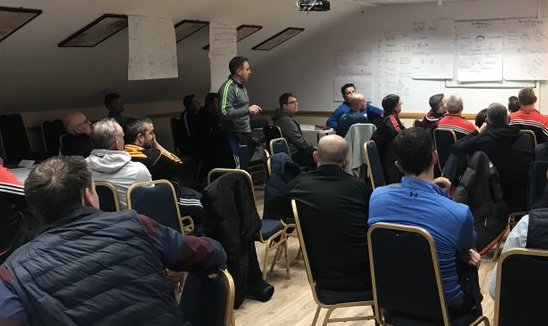 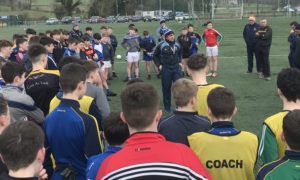