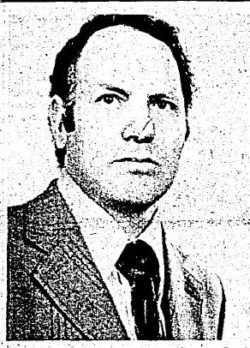 There was genuine sadness in Cavan GAA circles last weekend when the death was announced of James McCabe a former star footballer of the late 1940s and early 1950s. His passing severs another link with the great teams of that era. James won an All-Ireland medal with Cavan in 1952 when they defeated rivals Meath after a replay. He played his first championship game for Cavan in the All-Ireland of 1949 when the team lost to Meath. The team bounced back and won the National league in 1950 and came from nowhere literally to win the all-Ireland in 1952. James played at corner back in all those games and his lengthy kick outs of the ground were a feature of his game. In an era when goalkeepers didn’t kick out the ball James could drive the ball seventy yards down the field with ease.
He won a Cavan senior championship medal with Mullahoran in 1949 and while away from Cavan pursuing a brilliant academic career he played with UCC in the Cork championship and later with UCD and the Banba team in the Dublin championship. He also played on the Ballinagh team which reached the 1960 county final which was never played because of a dispute and he was on the Ballinagh team beaten by Crosserlough in the Cavan county final of 1961. In the 1950s while living and working in Sligo he played for the Yeat’s county.
Cavan County Board GAA offers deepest sympathies to his wife Kay and the McCabe family on their great loss.