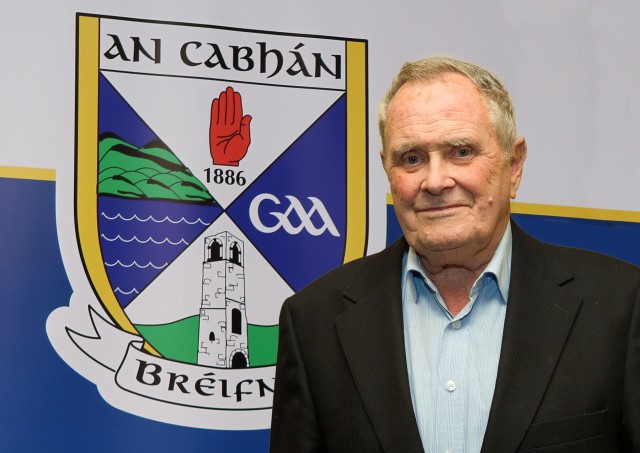 Cavan Co Board learned with deep regret of the passing of Phil Smyth. Phil was a native of Cross, Co Cavan and can be aptly described as a Gentleman and Scholar.

Phil first came to prominence in Cavan GAA with what was probably his first love Fo-Choiste na Scol (Cavan Schools Board) where he held the roles of both Chairman and Secretary. He served as Chairman from 1967 to 1968 and Secretary from 1969 to 1976 and he worked tirelessly to promote GAA in our schools. Phil was Cavan GAA Vice President at the time of his passing, and was President in 2018.

Phil played a massive role in Ulster GAA. He was Ulster Council representative for Cavan from 1967 to 1977. This was a very proud time for him personally as Cavan won 2 Ulster Titles during this tenure in 1967 and 1969. He served as Ulster Council Treasurer from 1977 to 1980 and Vice President from 1980 to 198 and President from 1983 to 1986. During his presidency he presided over the GAA Centenary year in the province and played a huge part nationally.

Phil was a great advocate of the GAA, and was a regular in Kingspan Breffni. Phil was Principal of Butlersbridge National School for many years and was hugely involved in the I.N.T.O and was always a great voice and ambassador for GAA and Education.

Cavan GAA would like to extend its deepest sympathies to his wife Ann , his children Tomás, Cathal and Morna , his grandchildren, brothers sisters and the extended Smyth Family.