To mark the occasion, Cavan GAA made a presentation to Noel and his umpires ahead of the tomorrows game. Pictured is Noel accepting polo shirts and jackets on behalf of his team from County Chairman Gerry Brady and Secretary Liam McCabe. 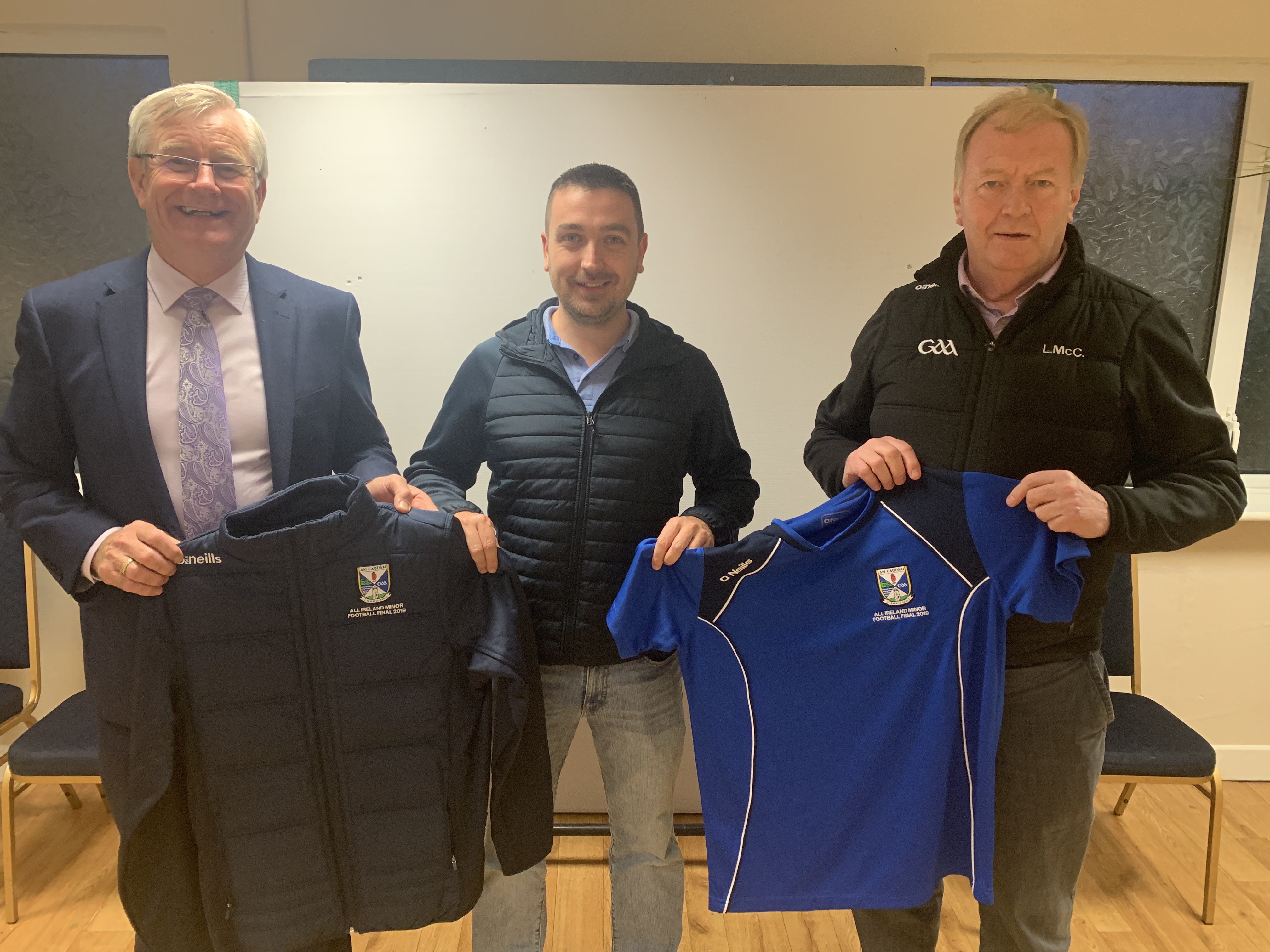 Roscommon’s Paddy Neilan will be the standby referee, the other linesman is Brendan Cawley (Kildare), and the Sideline Official will be Jerome Henry (Mayo).

In this year’s football championship, Noel refereed the All Ireland Quarter Final Phase 3 clash of Cork and Roscommon, the Ulster Club Final between Scotstown and Gweedore, the Leinster Championship clash of Wicklow and Kildare, and the All-Ireland SFC Qualifier game between Antrim and Kildare.