ACFL tables following today’s final round and who has progressed to ACFL final stages. 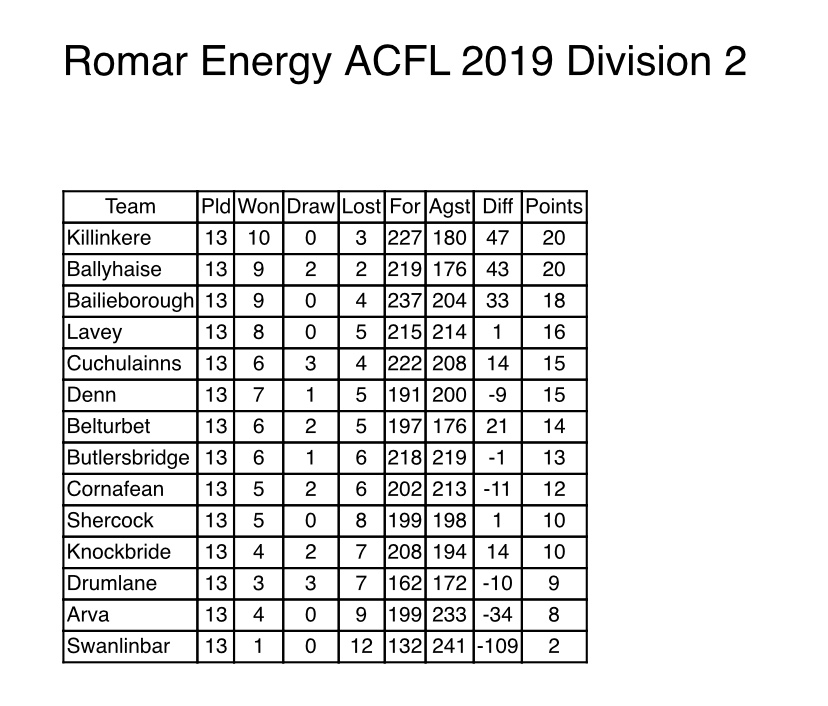 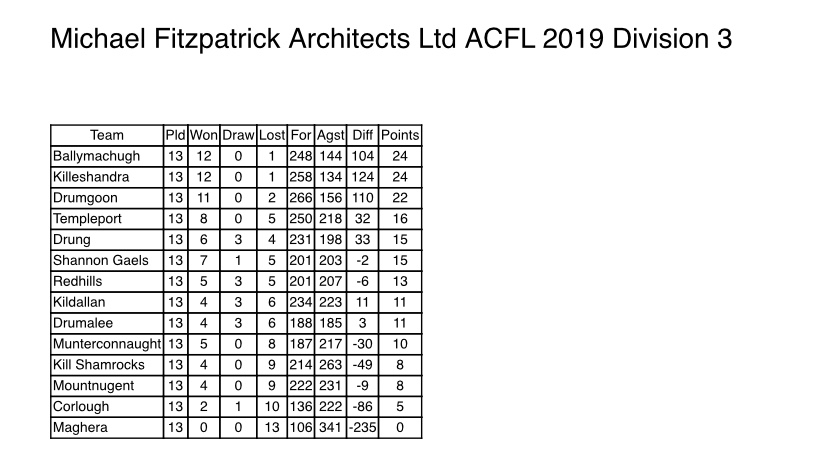 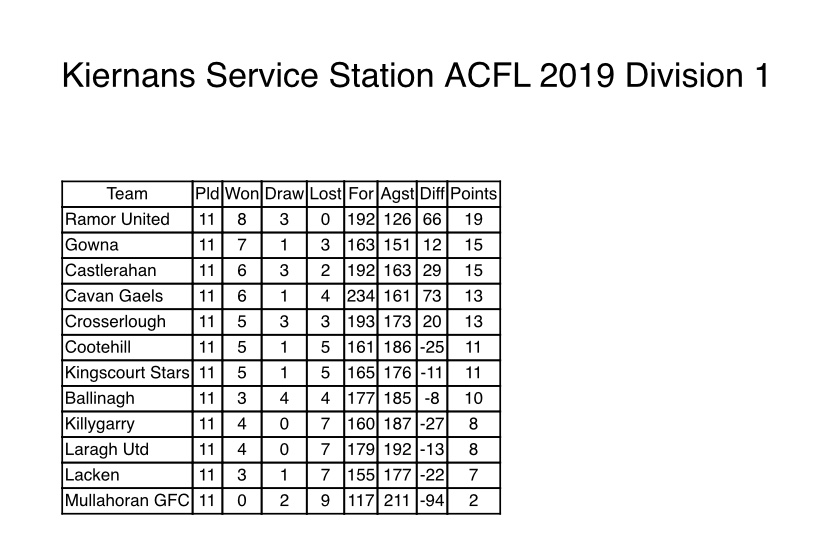