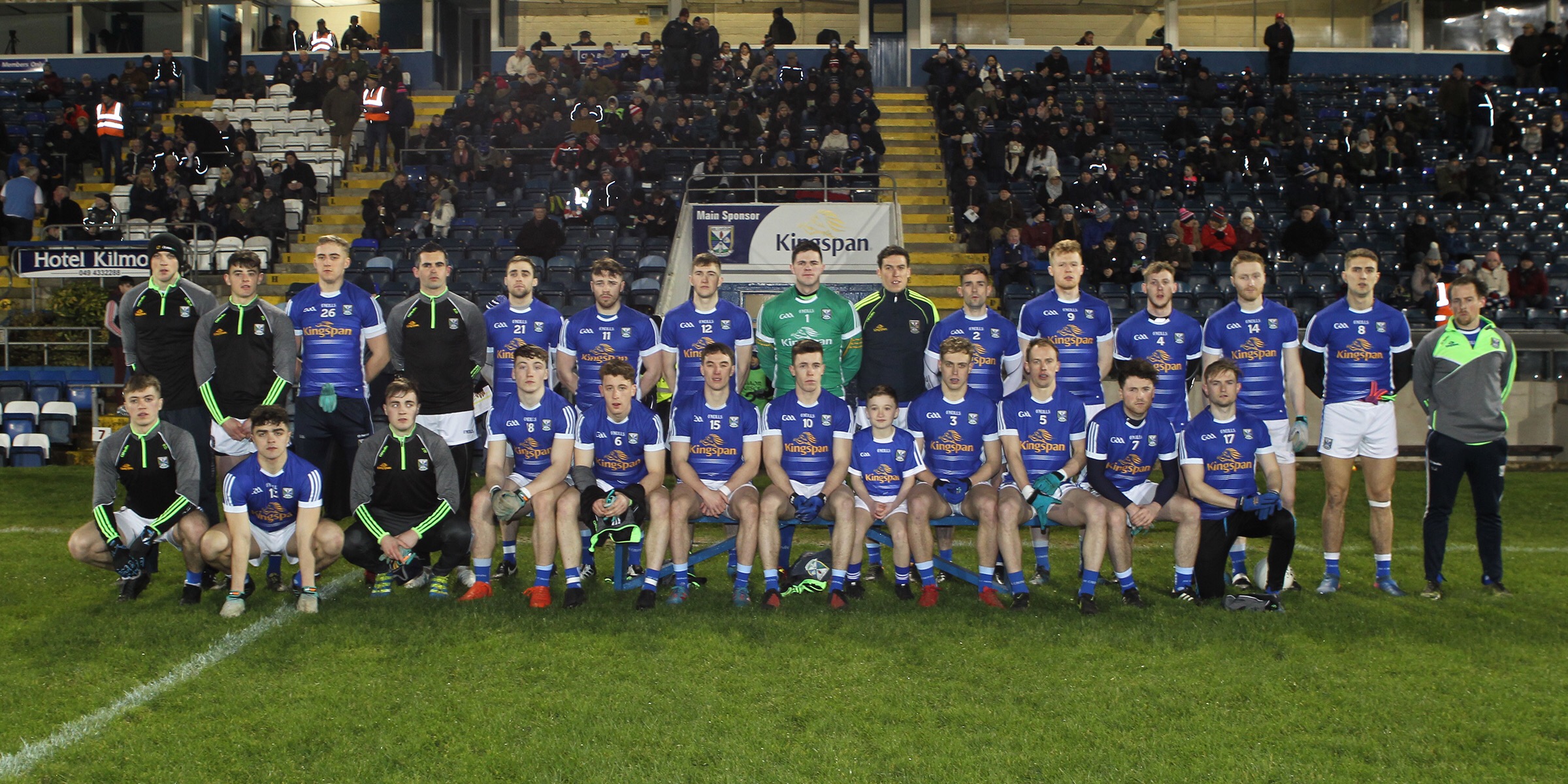 Cavan remain unbeaten in Division Two after they coasted to an impressive victory against Louth at a chilly Kingspan Breffni.
Apart from the second quarter, Mattie McGleenan’s troops were completely dominant and in truth, were not flattered by the eventual 14-point winning margin, winning the second half by a dozen points in a much-improved performance since their draw in Ennis seven days earlier.
For the first 20 minutes, Cavan were excellent, moving the ball at pace and committing men forward at every opportunity.
They were 0-2 to 0-0 up within two minutes through a Caoímhín O’Reilly free and a point from play by Oisin Kiernan after a superb run from speedster Niall Clerkin. 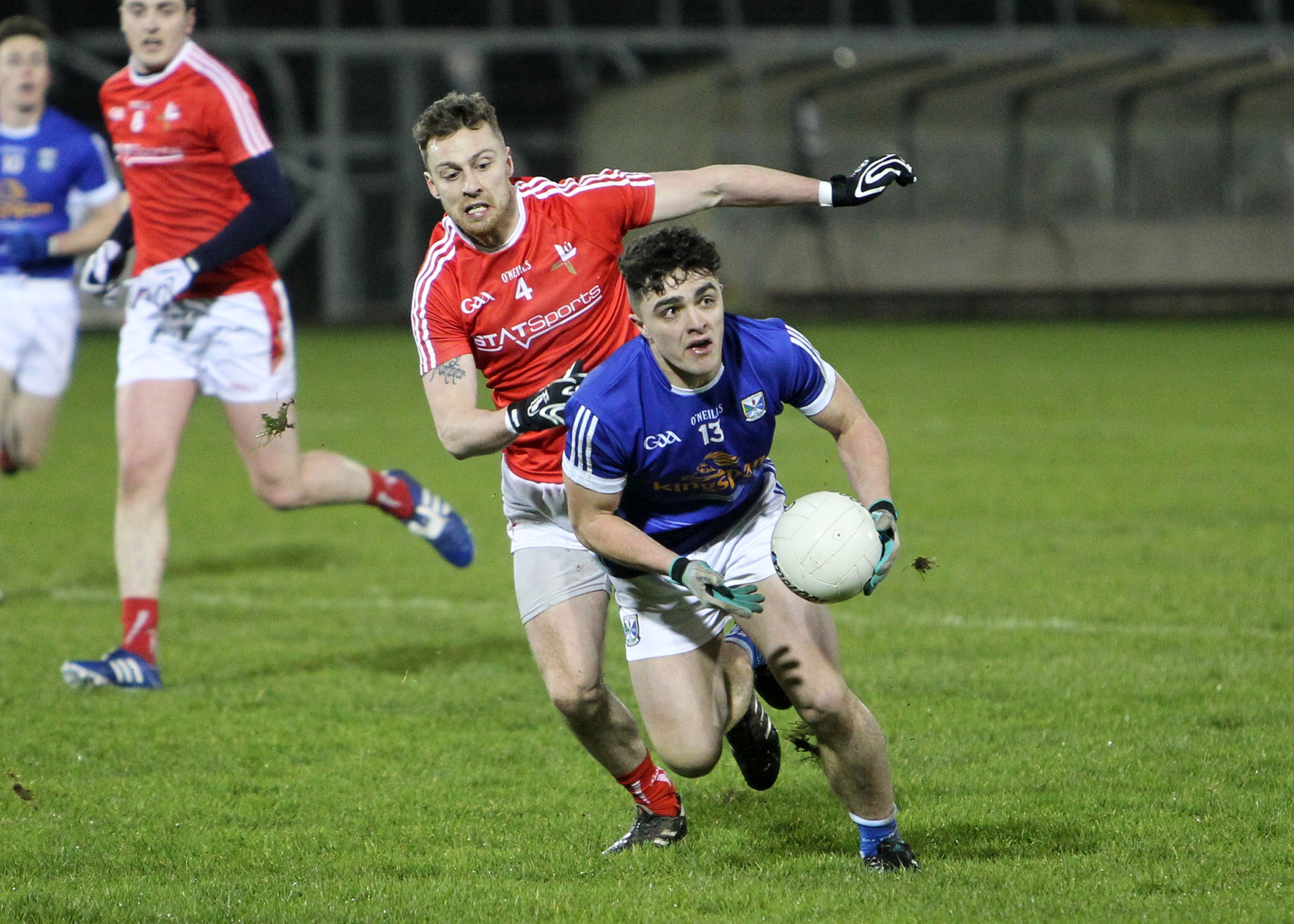 Louth pulled one back from the experienced Andy McDonnell – their only survivor from the infamous 2010 Leinster final defeat to Meath – but with Conor Moynagh – whose distribution was excellent – prominent in the early stages, Cavan quickly took control.
Bryan Magee, in his second senior match, slotted over a free and another newcomer, Enda Flanagan, added one from play. Louth hit back through a smart Declan Byrne effort but the Blues would string together four in succession as they moved through the gears.
Martin Reilly, on the overlap after good work from Moynagh and O’Reilly, made it 0-5 to 0-2 and the latter fired over one from play and a free to put five between them on 14 minutes.
That lead was stretched further three minutes later when Reilly slotted over his second. Louth’s attacking play was riddled with errors at this stage but just when they looked bereft of ideas, something changed.
Cavan seemed to sit back and invite the Wee County on and after Ryan Burns got the scoreboard ticking over again with a 23rdminute free, Pete McGrath’s charges grew in confidence.
A well-struck 45 from Burns was followed by a great effort from Jim McEneaney before a Cavan shot dropped short and after a swift counter, Byrne stroked over his second to cut the gap to three.
Magee blasted over from close range and Burns tacked on another free and although Kiernan slotted in a sweet strike, the last action of the first half saw McEneaney covert a tricky free as the sides went in with Cavan leading by 0-10 to 0-8.
That gap was halved immediately on the resumption when Burns pointed a free but Cavan quickly asserted themselves once more and they went on to dominate the remainder of the match.
O’Reilly (free) and sub Cian Mackey raised white flags before Mackey’s Castlerahan team-mates Enda Flanagan and Kiernan combined, with the latter adding another point.
A free from Bryan Magee made it 0-14 to 0-9 nine minutes into the second half and Cavan effectively moved out of sight moments later when the big Cuchulainns man was in the right place after a goalmouth scramble to sidefoot to the net.
Burns pulled back a free but Cavan were in no mood to let up at this stage and two eyecatching points from Mackey and a goal from centre-back Ciaran Brady made it 2-16 to 0-10.
Again, Burns converted from a placed ball, but it was all elementary once Clerkin nipped in for Cavan’s third major with seven minutes to play.
Scorers for Cavan: Bryan Magee 1-3 (2fs), Caoímhín O’Reilly 0-4 (2fs), Cian Mackey 0-4 (1f), Oisin Kiernan 0-3, Niall Clerkin 1-0, Ciaran Brady 1-0, Martin Reilly 0-2, Enda Flanagan 0-1
Scorers for Louth: Ryan Burns 0-7 (6fs, 1 45), Declan Byrne 0-2, Jim McEneaney 0-2, Andy McDonnell 0-1, Gerard McSorley 0-1.