Hosts Cavan bounced back from their heavy defeat by Tyrone last time out to take their place in Monday’s draw for round three of the All-Ireland SFC Qualifiers.

Cavan played the final 21 minutes of the game without the dismissed Dara McVeety but still managed to match their gutsy but limited opponents score-for-score for the remainder of the tie. 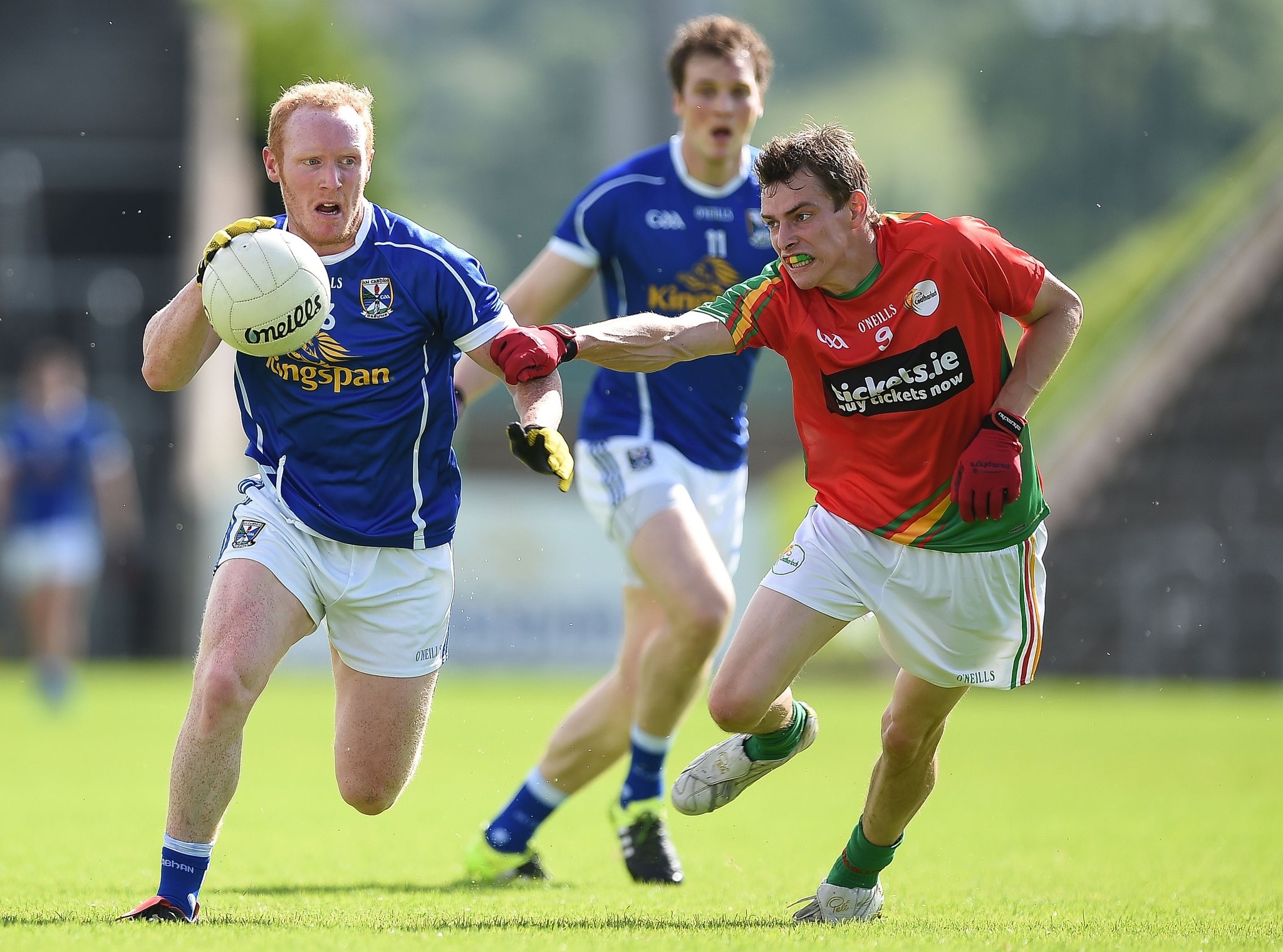 The Ulstermen led from gun to tape but despite dominating large tracts of the game didn’t put the issue to bed before it had run its due course.
Ultimately the age-old cliché of ‘goals winning matches’ came close to being a truism with the blues’ success in bagging a goal either side of the interval pivotal in catapulting Carlow out of this year’s SFC.

Cavan opened in turbo-charged mode and quickly went 1-1 to no-score in front thanks, in the main, to a flicked goal from Eugene Keating after Cian Mackey’s shot dropped invitingly on the edge of the small square.

It was the visitors, however, who impressed the most in the opening 20 minutes. For all that, Carlow struggled to convert their hard-won possession into scores, faced as they were by the twin vagaries of a contrary wind and the infamous Cavan blanket defensive set-up.

In perfect conditions, a pair of howitzer points rained in from full-back Daniel St. Ledger to aid Carlow’s cause, but Cavan’s executioner-in-chief Gearoid McKiernan countered with a brace and turned provider for Killian Clarke to ease the raging hot match favourites into a 1-6 to 0-5 cushioned interval lead.

Carlow were far too reliant on their free-takers for their own good and they weren’t helped by the black carding of their go-to man Darragh Foley in the 44th minute by which stage they were chasing a 0-7 to 1-8 deficit.

In contrast, Cavan carved out several half-chances to consolidate their first half major and they did so in the 51st minute when McVeety and Jack Brady combined to leave Mackey with a virtual tap-in.
Carlow were laboured in their efforts thereafter to cash in on McVeety’s dismissal (53) but they never looked like getting a sniff of a goal.