Cavan GAA Annual Convention takes place this Wednesday 11th December from 7.00pm in Hotel Kilmore, Cavan. Registration for delegates is from 6.30. There is keen interest as a new Chairman will be elected. There are also elections for PRO and Ulster Council Delegates positions.

Secretary’s, Treasurer’s and other outgoing officer reports and review of 2019 will be presented. All reports will be available on cavangaa.ie website after convention.

Tom Boylan (Ballyhaise) is nominated for the position of President and will replace outgoing Brendan Keaney (Killygarry) who returns to a Vice-President for 2020. Tom Lynch, Gabriel Kelly and Peter Galligan have been proposed as Vice-Presidents.

There will be three votes at convention, for the positions of Chairperson, PRO and Ulster Council Delegates.

Paddy Sheanon (Killygarry) and Kieran Callaghan (Denn) are contesting the Chairman’s position as Gerry Brady steps down due to 5 year rule.

Mark O’Rourke (Ballyhaise) vacates the PRO role after five years and has been nominated for Vice-Chair. Outgoing Ulster Delegate Tom O’Reilly (Shannon Gaels) is nominated for Central Council Delegate. Outgoing Coaching Officer Martin McGovern is not seeking re-election and Kevin Sheils (Kingscourt) is nominated for that position. All three positions are uncontested.

All other officers are to be returned for 2020.

The Convention Book will be available to download from start of convention. 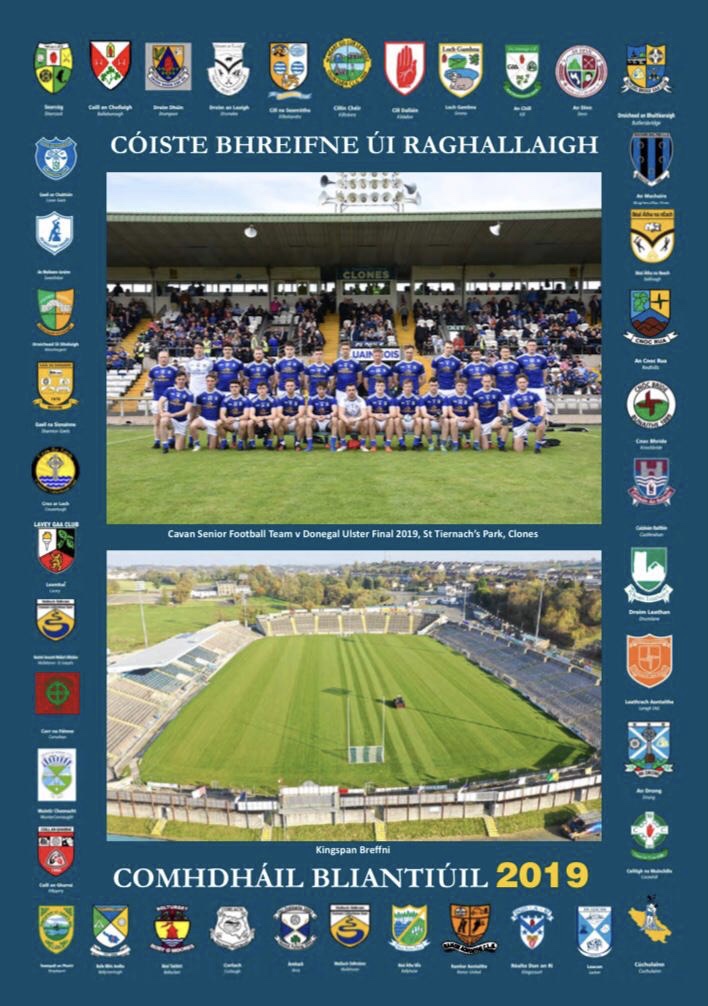