Mickey Graham and his management have named their first championship team, for this Saturday’s Ulster Senior Football Championship Qtr Final v Monaghan. Throw in is 7.00pm in Kingspan Breffni.

The starting team sees two players set to make championship debuts as Conor Rehill is named at half back and Conor Brady at midfield while Thomas Galligan makes his first championship start having being introduced as a substitute against Offaly and Tipperary in 2017.

Cavan Senior Hurling Team play Fermanagh in the curtain raiser in Lory Meagher Cup with a throw in time of 5.00pm. 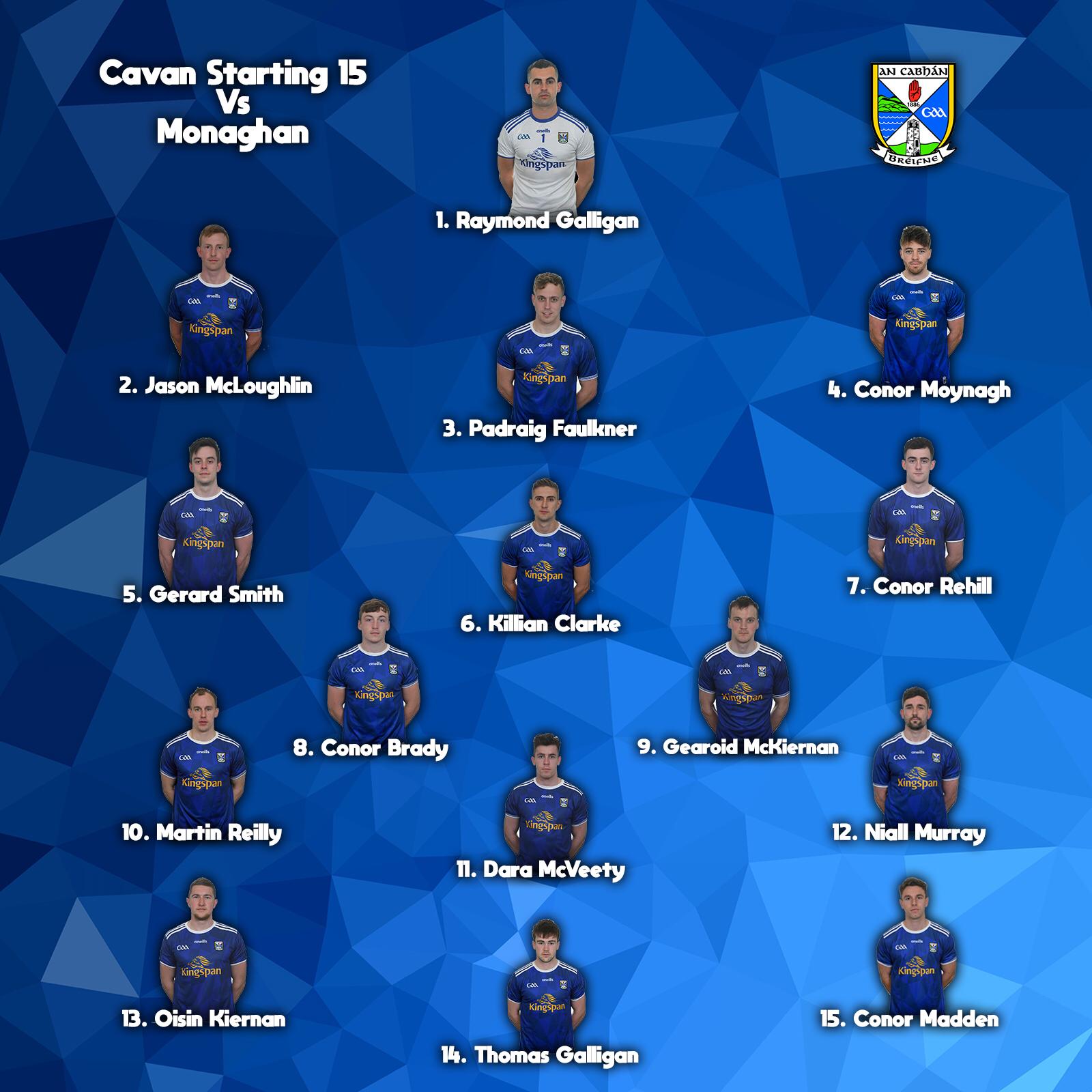