Following a four and a half year term which featured 4 leagues & 5 championship campaigns and was hot on the back of being the U-21 manager who spearheaded Cavan’s dominance at that age group in Ulster over a four-year period, reaching one all-Ireland final along the way, Terry Hyland is announcing with immediate effect his decision to release the reigns as Cavan manager.

Hyland’s infectious and incredibly genuine passion for all things Gaelic football in his beloved Cavan has spanned three decades and included terms as selector in 1990-2001, as U-21 manager in 2010 he was selector with the then senior management team when Cavan took the developmental route of separating U-21 & seniors, Joint manager with Val Andrews for 2011 until Andrews exited prior to the championship of 2012. 2012 – 2016 Cavan senior manager.

One of the highlights of Terry’s tenure was arguably the summer of 2013 when Cavan reached the quarter finals of the all-Ireland championship and a number of players received ulster all-stars and national all-star nominations.

Terry’s ambition was to develop the players and implement the structures to ensure Cavan and the players would be in a better place when the time was right for the baton to pass. Unquestionably in a typically unselfish way Terry leaves Cavan set to compete at the top tier in division 1 of the Allianz football league for 2017 with players capable to sustain that level of competition.

Whilst Terry still has the appetite for the Job the demands of running your own business and managing a senior inter-county team have become an impossible task with 75 to 80 hour weeks taking their toll. Along the way a lot of friendships were forged and it is wholly appropriate to thank the men who also made sacrifices for the greater good of Cavan football be that at U-21 or senior during that time, Joe McCarthy, Ronan Carolan, Kieran Fitzpatrick, Anthony Forde, Peter Donnolly, Liam McHale, Eoin Maguire, Gary Rogers, Declan Coyle, Jimmy Higgins, Martin McGovern, Kevin Downes, Padraig Dolan and not forgetting the medical team of Dr Philip Carolan, Simon Gaffney and Martin ‘Mockey’ Regan.

Terry also wants to acknowledge the vital contribution of long-time Cavan sponsors Kingspan and the many other contributors’ to the county team be they home or away. Having worked with two chairmen Terry appreciates the support shown and in particular thanks former chairman Tom O’Reilly for having the faith to give him the job in the first place.

Terry wishes the county board under Gerry Brady and the players every good luck in the future. 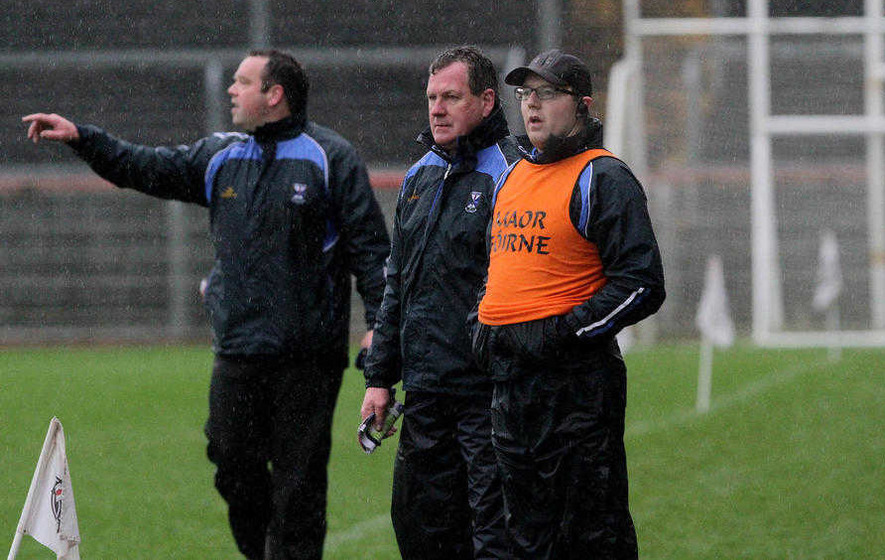